Why should a man die while sage grows in his garden? Wherever sage grows around the world it is used and revered as medicine. There are many varieties of sage plants and mainly discuses Salvia officinalis, or culinary sage. This plant is native to the Mediterranean and southern Europe and is now cultivated all over the world.

For most people in North America, sage is used just a few times a year as a compliment to the turkey stuffing but sage has a long history of use.

Its name comes from the roots of “to save” or “to heal”. Maude Grieve writes in A Modern Herbal that sage was even sometimes known as Salvia Salvatrix (Sage the Savior).

In medieval times there was a saying,

Which translates to “why should a man die while sage grows in his garden?”.

Let’s take a look at the properties of sage so that we can better understand how this plant is used.

The taste of sage is both bitter and pungent. Often, when we see these two attributes together we know this plant can be used to promote digestion. And sage is a wonderful carminative. It can ease gas and bloating, can move stagnant digestion (when you eat food and it feels like you have an immobile rock in your belly), and can even relieve painful cramping in the gut. Sage is especially appropriate for people who cannot digest fats well. It can be taken as a tea prior to or following a meal or simply used as a spice within the meal.

Sage is a wonderful astringent herb and can be used to tighten and tone tissues. It has a special affinity for the mouth and can be used to relieve pain and heal mouth ulcers, canker sores, bleeding gums, spongy gums, and cold sores. Sage is a common ingredient in many tooth powder and mouthwash recipes.

The astringent and antiseptic qualities of sage make it perfect for sore throats. I like to combine sage tea with some lemon and honey for this purpose.

In fact, sage is effective for a variety of discomforts that can accompany a cold or flu. Taken as a warm tea it acts as a stimulating diaphoretic, making it a good choice for fevers when the person feels cold and is shivering. As an herbal steam it can help to decongest the sinuses and loosen congestion in the lungs.
You’ll notice that sage is listed as being both warming and cooling. Taken as a warm tea sage can open your pores and increase sweating. But taken as a lukewarm or slightly cold tea it has the opposite effect; it actually decreases excessive secretions.

These two qualities may seem contradictory in nature but sage, like so many plants, has the ability to bring balance to the body.

Herbalist Kiva Rose explains:
When reading some of the seemingly contradictory actions and indication in the description of Sage, it will be helpful to keep in mind that the herb seems to act primarily as a balancer of fluids in the body, whether there is too much or not enough.

This ability to stop excessive secretions can be helpful in a variety of ways. 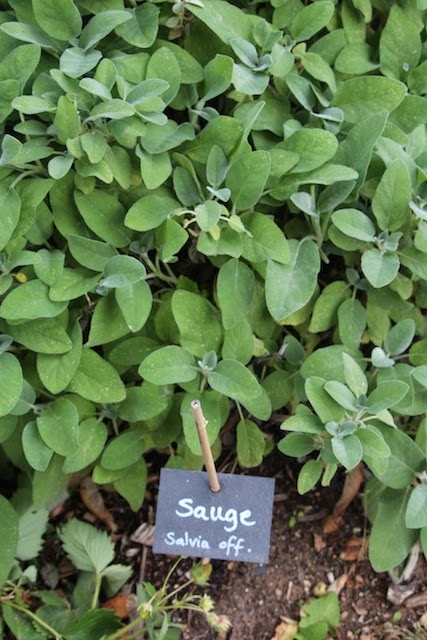 The red sage of China is well known for its affinity for the blood, but our culinary sage can also be used for a variety of stagnant blood conditions such as blood clots and varicose veins. In the Earthwise Herbal, herbalist Matthew Wood describes using sage on multiple occasions for dissolving blood clots. The term for this in traditional herbalism is “blood mover”.

As a blood mover, sage can be used for those with poor circulation resulting in cold hands and feet. Improving the blood flow to all parts of the body, including the brain, sage is also well known to improve cognitive function and can help prevent memory loss and clear foggy thinking.

Sage is singularly good for the head and the brain, it quickeneth the senses and memory, strengthening the sinews, restoreth health to those that have the palsy, and taketh away shakey trembling of the members.
Gerard

Sage is commonly used for menopausal complaints such as night sweats and hot flashes. Herbalist Phyllis Light says sage is

“specific for the transition from fertility levels of estrogen to post-menopausal levels. In other words, it helps the adrenal cortex take over the manufacture of sexual hormones as the gonads atrophy”. It is specific for symptoms of “drying out”. 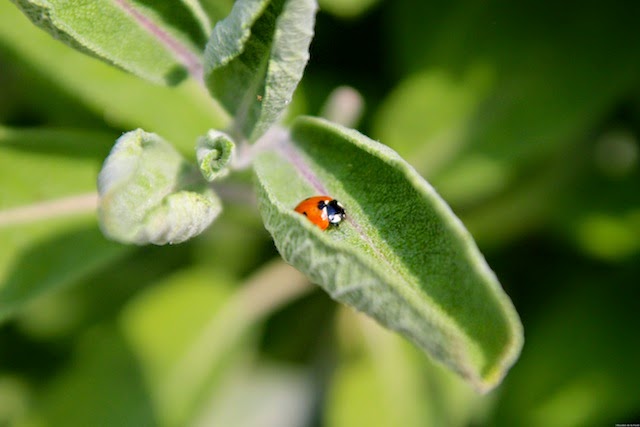 Sage can relieve pain and increase circulation and, keeping this in mind, we can see that sage lends itself well to external use. It can be infused into oil and used for massage.  It can be infused in witch hazel or alcohol and used for varicose veins. Infused in vinegar it can both relieve the pain of sunburns and soothe the dry heat. A tea of the leaves or a diluted vinegar infusion can be used as a wash to remove dandruff.

Sage can also be used for a variety of pain ailments. Culpepper recommends it for headaches, rheumatic pains and joint pains.

Maude Grieve lists this sage recipe as a cure for sprains.

Bruise a handful of sage leaves and boil them in a gill of vinegar for five minutes; apply this in a folded napkin as hot as it can be borne to the part affected.

There are many sage varieties from around the world that are revered as medicine.

In China, Dan shen (Salvia miltiorrhiza) has been used for thousands of years as blood tonic.


The white sage of California (Salvia apiana) is used extensively, both historically and in present day, in ceremonies.

Botanical Description
Sage grows anywhere from 1-3’ high. It’s a member of the mint family and has square stems and opposite leaves.

The leaves are lanceolate (long oval) and are grayish green in color.

There are also many different cultivars available. 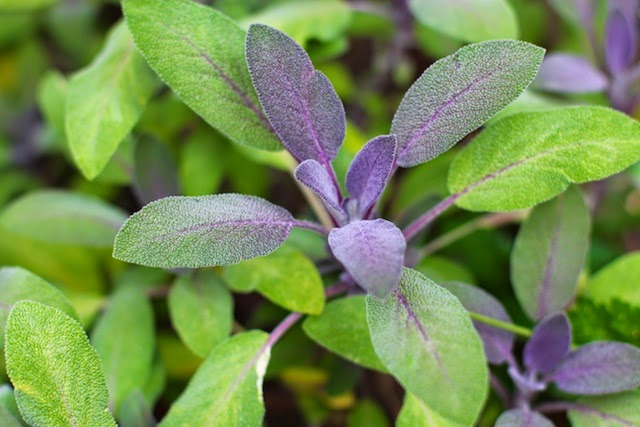 Sage has blue to purple flowers on terminal spikes.
Typically, sage is gathered just before flowering.

There are so many ways to use sage.