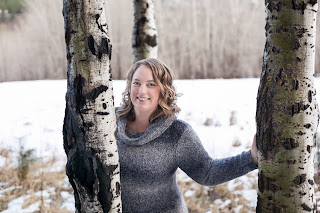 My name is Rosalee de la Forȇt and I am a clinical herbalist and an herbal educator. My passion in life to to help people to transform their overall health so they can live a vibrant life.

My Own Healing Journey
I have been interested in natural health my entire life. As a teenager I would prowl the natural health foods store and look up remedies in the Natural Prescription for Health book by Phyllis Balch. I think I was the only 16 year old in Utah who was regularly seeing alternative health practitioners and studying the benefits of herbs and vitamins!

When I was 23 I was “suddenly” taken ill. I spent an entire month in bed, tormented with musculoskeletal pain, an itchy body rash that came and went and a fever that spiked at night and went away during the day. I was finally hospitalized after becoming severely dehydrated and after two weeks was diagnosed with a rare autoimmune disease called Still’s. The doctors didn’t have good news. They gave me steroids and said it would be a slow and painful decline to an early death.

That was a really difficult time in my life. For about three days I just cried and cried and wondered, “why me?” But then, I did what I had always done and started researching alternative solutions to autoimmunity diseases to see what I could find.

Over time I began to see that there were lots of small signs leading up to my autoimmunity disease and my “healthy” soy vegetarian diet wasn’t serving me. I realized I needed a total health makeover to purge a lot of health fads from my life. I also assembled a team of people to help me, from acupuncturists to herbalists to NDs to massage therapists.

After six months of intensive work I became symptom free from this “terminal” and “incurable” disease and I have continued to live symptom free for almost ten years!

My experience with autoimmunity further inspired me to delve into the natural health world. I became intensely dedicated to helping people like me: people who needed to find the root cause of their health problems and transform their lives to be healthy.

I thought about being a naturopath but I didn’t want to focus on supplements or any type of one-size-fits-all medicine (similar to allopathy). I thought about becoming an acupuncturist but I knew that in China the major form of medicine was the plants. So, I decided to study the art of herbalism. My Training and Experience
I have over 8 years of training as an herbalist from ethnobotany and wildcrafting to clinical herbalism. I’ve graduated from the East West School of Herbology and have been mentored by some of the most outstanding herbalists of our time including Michael Tierra, Paul Bergner and Karta Purkh Singh Khalsa.

I am a registered herbalist with the American Herbalist Guild. RH (AHG)

I have worked with people to solve their health problems in my clinical practice for five years. I work with people locally and internationally for long distance consultations via the telephone and Skype.

I am very dedicated to herbal education. I am the Education Director for LearningHerbs.com, which is one of the most innovative herbal companies that exists today. I regularly provide how-to articles, herbal recipes, videos and herbal presentations for their website HerbMentor.com.

I also have a mentorship program where I mentor dedicated herbal students to help them accelerate their herbal path so they can create their own thriving clinical practice.

I often teach across the country at herbal conferences and will be hosting a week long Herbal Intensive in Provence, France in 2014.

This website, MethowValleyHerbs.com is for people who want to learn about herbalism.

My other popular site, HerbalRemediesAdvice.org, is for people who want to overcome chronic disease using natural solutions.

How to Start Your Own Community Supported Clinic
Traditions in Western Herbalism Conference, September 2012

Gift of Herbs: The ethnobotanical utilitarian use of herbs
Traditions in Western Herbalism Conference, September 2010

Herbal Remedies for Colds and the Flu Part 1: Prevention, at the first sign
Twisp, WA, September 2009

All about Rosehips
Twisp, WA December 2008

Articles written
I’ve written numerous articles and keynote presentations in the field of herbalism. Here is a representative list of these publications.

Herbal Glossary Series: An in-depth look at herbal actions (Audio and visual presentation)
Anatomy and Physiology for Herbalists: A western medicine view of organ systems for the herbalist

Wildcrafting: A six part series on the ethical and sustainable methods of harvesting plants

The Importance of Digestion: An energetic approach

What’s Chemistry Got to do With It? The Chemistry Involved in Herbal Medicine