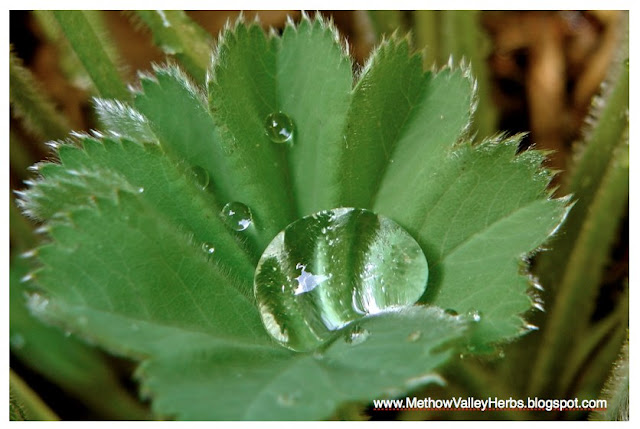 Lady’s Mantle often said to be a magical plant and has long been associated with the alchemists. People have long been fascinated with the perfect little droplets of morning dew are found on the leaves and these drops continue to persist well after dew has dried from other plants. This water was collected and used by alchemists in their attempts to create gold.

Herbalist Maurice Mességué romantically proclaims it is not morning dew but water created from the plant itself. However you look at it though, this little plant is full of magic. I started growing it this year in my garden and now it’s a morning ritual of mine to head outside first thing to see all the beautiful droplets.

You can see other posts in this series here: Linden and Gentian.

The genus name, Alchemilla, means, little alchemist while the species, vulgaris, indicates it is common. We typically use Alchemilla vulgaris for herbal medicine but there are over 300 species of Lady’s mantle and many are used similarly.

It is Native to Europe and Asia but widely cultivated in gardens. I loved seeing Lady’s Mantle growing wild in France. I most commonly saw it in higher elevations.

Lady’s mantle is in the rose family, or Rosaceae, and is used in a similar way to many rose family plants. (Or as the herbalist Michael Moore coined, YARFA, yet another rose family astringent.) 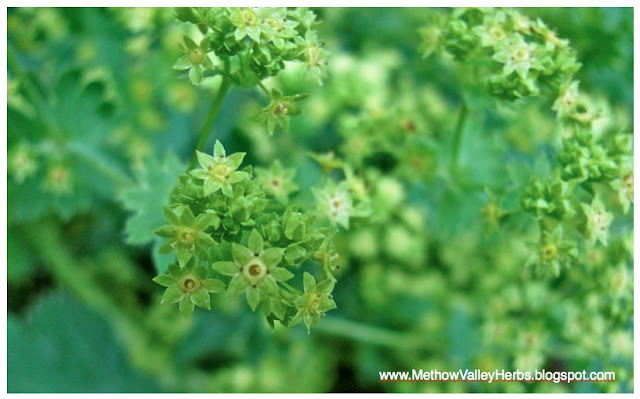 The flowers bloom roughly from June to August and each plant has lots of numerous small flowers which are green to yellow in color. The flowers do not have petals. The leaves are what are typically harvested for medicine and they are ideally harvested before the plant flowers.

The French have a couple names for this plant. One is Peid-de-leon or Lion’s foot because the leaves look like a lion’s paw. It is also referred to as ALCHÉMILLE. 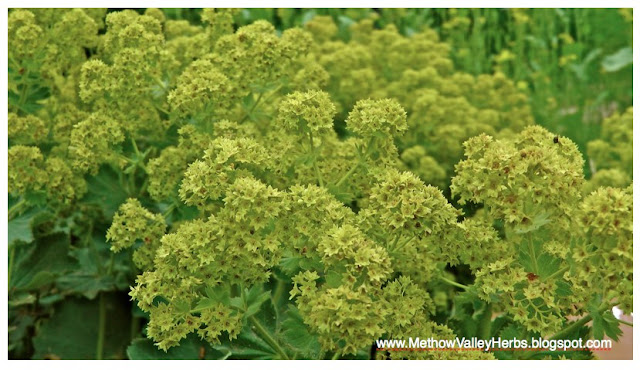 If you wanted to sum up Lady’s mantle quickly one might say it is a rose family astringent and it is used in many of the classic ways that we use astringents. Such as spongy lax tissues such as bleeding gums, diarrhea and to stop bleeding.

Nowadays Lady’s Mantle is strongly connected to women’s health. It is used for excessive menstruation, uterine fibroids, as a tonic taken just before labor as well as postpartum. It’s used for leucorrhea and vaginal infections. Nicholas Culpeper recommended it as a fertility herb. 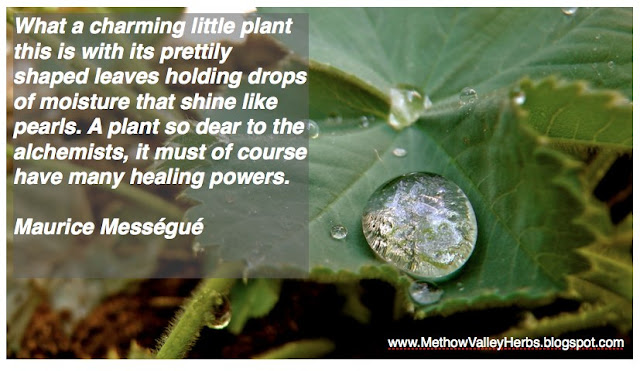 Before it was associated so strongly with women, it was most famous as an herb for wounds. It was used on the battle field as well as for infected wounds such as gangrene. The root was especially prized as a styptic herb, or an herb that stops bleeding.

Lady's mantle is a bitter astringent best known as a remedy for female problems dependent on prolapse and boggy, damp, weak tissue. As a bitter astringent it acts on both atrophy and relaxation to increase healthy nutrition and decrease unhealthy dampness. It removes water from the tissues, at the same time improving the quality of the fluids.

Matt Wood also cites sources that use Lady’s mantle primarily as an herb for the heart, to tone the cardiovascular system. He also mentions its use for healing hernias and other ruptured membranes such as perforated ears.

Here’s a simple rose family tea that uses Lady’s Mantle. It is astringent and tonifying to the uterus. I use this formula for leukorrhea or dampness in the lower burner. 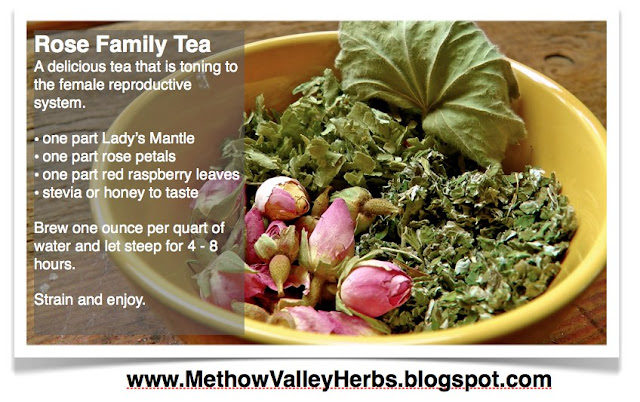 Do you use Lady's Mantle?
I'd love to hear how you are using this magical plant. 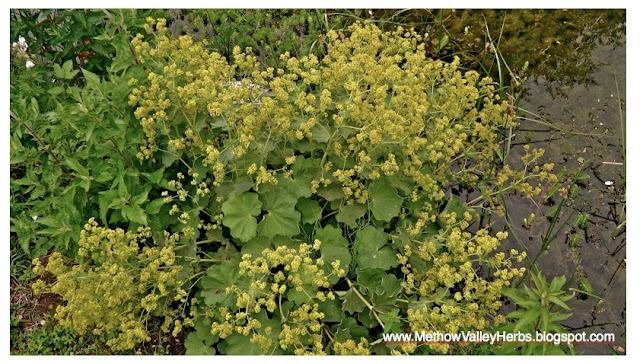