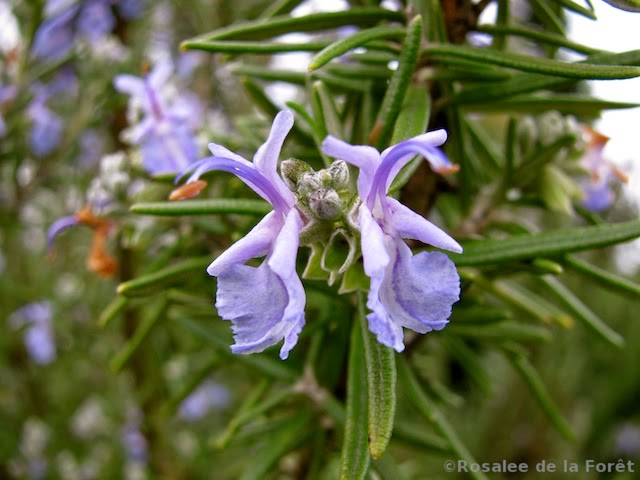 Rosemary has a rich history that spans more than a millennium. It has been used in cooking for flavor and preservation, as a medicinal tea, as well as a token of loyalty, friendship, and remembrance.

Rosemary’s nomenclature, Rosmarinus, means “dew of the sea”, perhaps because it is often found growing near the oceans. The common name is derived from an association with the Virgin Mary. It’s said that on the family’s flight to Egypt, a rosemary bush sheltered and protected the family. When Mary laid her cloak upon the bush the white flowers turned blue and thus became the “rose of Mary”.

Most of you will probably identify this herb by its smell and taste: aromatic and spicy. Rosemary tends to be warming, drying and stimulating. It is often used for cold and stagnant conditions.

Rosemary for the brain
As the herb of remembrance, Rosemary has been used to increase memory and brain power by scholars for thousands of years. Students can keep a fresh sprig of this herb to smell while they study and again if they are taking a test.

Scientific research has validated this traditional use by testing student performance with the aid of rosemary fragrances and without. Those smelling rosemary while being tested felt more alert and brighter and performed better than those who went without any fragrance.

You could call Rosemary the Queen of Antioxidants, as she boasts at being one of the strongest herbal antioxidants. In other research, scientists have pinpointed that Rosemary contains the constituent carnosic acid, which can prevent free radical damage in the brain. Carnosic acid has been shown to protect the brain from stroke, Alzheimer’s Disease, and other effects of aging on the brain. Furthermore, as a circulatory stimulant it can dilate blood vessels and increase blood flow to the brain.

As a nerve tonic, rosemary can gently give us a little boost when we need it. Not quite a relaxing nervine like lavender, nor a stimulating nervine like coffee, rosemary is somewhere in between, increasing our mental functions without too much overt stimulation. Its action on the circulatory system can release internal pressure and gently reduce tension. It has often been used for hypertension. 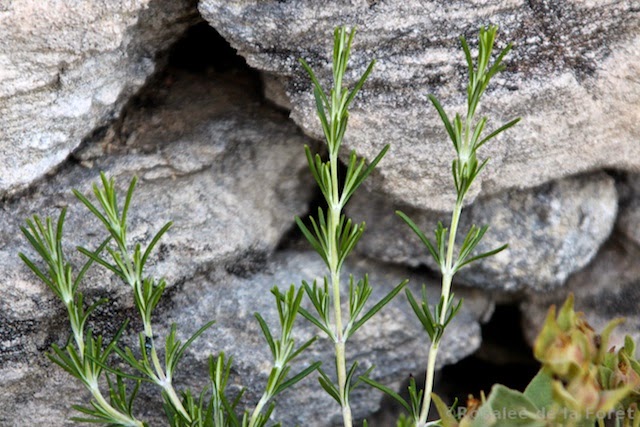 Using rosemary externally
Herbalist Gail Faith Edwards used an oil of rosemary on her children’s heads whenever lice were rampant at school. She reports that it would keep the lice away, but wouldn’t get rid of it if already infected.

In the 14th century, Queen Elizabeth of Hungary used rosemary infused in wine externally to successfully relieve pains from rheumatism and gout. Now called Queen of Hungary Water, it has been used for hundreds of years, not only to relieve pain, but also to embellish beauty.

Today, rosemary essential oil is added to another oil base and then rubbed on arthritic joints to increase blood circulation and decrease pain. 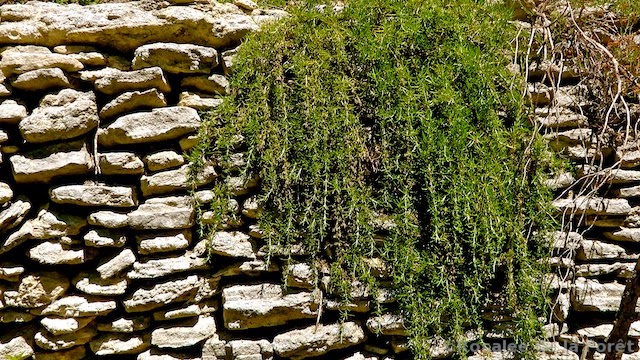 Rosemary as food and medicine
Like other culinary herbs in the mint family, a cup of rosemary tea can ease slow digestion that is causing gas, nausea, cramping, or bloating.

Rosemary blends really well with various meats. Before the widespread use of refrigerators, rosemary was rubbed into meats to prevent them from spoiling, indicating it has strong antibacterial properties. Modern research has shown that marinating meats with rosemary prevents the meat from forming carcinogenic compounds known as HCAs (heterocyclic amines) when meat is cooked at high temperatures.

Rosemary for colds and the flu
Its astringent properties lend it well to a swollen sore throat. Simply sip on rosemary tea or infuse the fresh or dried herb into a honey and take it by the teaspoonful.

Hot rosemary tea is also a warming or stimulating diaphoretic that is useful for the first stages of a fever when you feel cold and are shivering.

Rosemary is a strong antimicrobial herb. You can use the tea or diluted tincture as a wash for wounds or fungal infections. It can also be used for cleaning around the house. 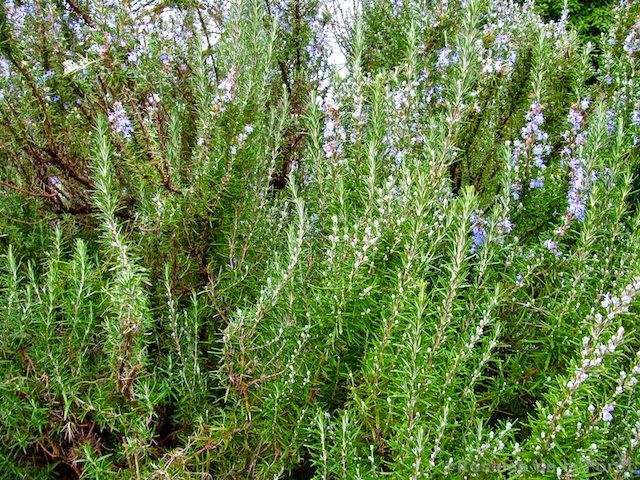 Botanically speaking...
Rosemary is native to the Mediterranean and is cultivated in gardens around the world. With the right conditions this woody perennial shrub can grow as high as six feet and dense enough to form a hedge.

It boasts fragrant evergreen leaves that resemble needles you would find on a conifer.

A member of the mint family, it has square stems and opposite leaves.

It readily flowers and, depending on the climate, may even flower all year round. Rosemary’s flowers can range from blue to white to pink depending on the variety. As a member of the mint family, they have “lipped” flowers. 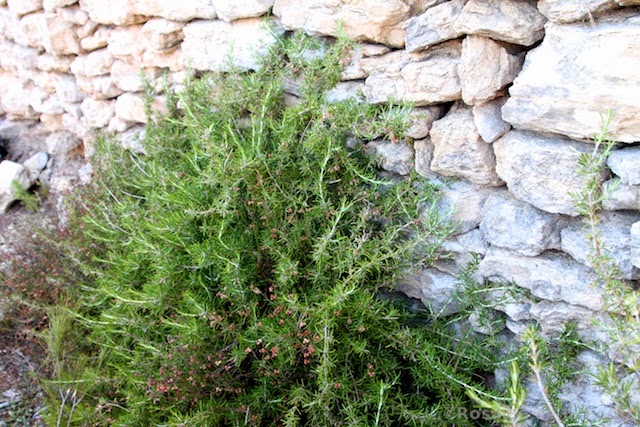 Using Rosemary
Rosemary can be used fresh or dried. I love fresh rosemary in my cooking while I prefer dried rosemary for teas.

If harvesting your own rosemary it can be harvested anytime. The volatile oil content will be higher before it flowers.

Rosemary can be prepared as a simple tea (I love rosemary tea while I am working a long day at the computer!).

It can be used as a tincture, generally in lower doses.

It can be used as an herbal steam, either as an essential oil or the whole plant.

It can be infused into oil for use on fungal infections or sore joints and muscles.

Special Considerations
Rosemary, as a culinary herb, is safe for everyone. 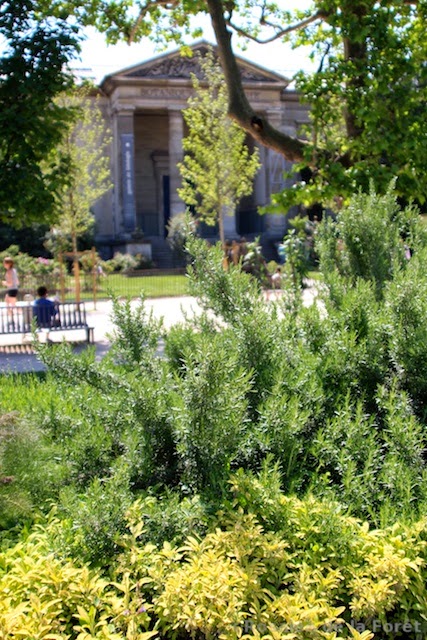 In pregnancy and lactation especially large doses of the herb should be avoided and the essential oil should also be avoided.

A very small percentage of people have skin dermatitis when exposed to rosemary.


Don’t dismiss rosemary as a culinary herb! It has powerful benefits that can be enjoyed in numerous ways from tonight’s dinner to teas to tinctures to herbal steams and essential oils.