Morels and two beauties in the Figwort family 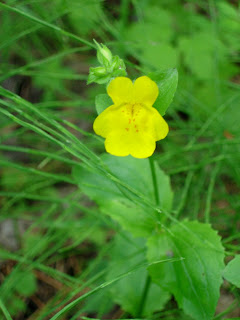 We headed out to the forest today to gather morel mushrooms. My husband brought home a decent amount, but my luck was more in the plant kingdom. It was a hot and dusty day and I headed down to a creek to cool off and found some monkey flower and American speedwell (Veronica americana). Both of them are in the Figwort family, both like to live near streams, and neither of which I had seen in the wild before.


Monkey flower became a dear friend of mine this winter while I was, in technical terms, freaking out about our steep, curvy, icy driveway that I was sure to plummet over the edge of every time I needed to leave our cabin.

Kiva, an herbalist living in the wilderness of New Mexico has the following to say about Monkey flower: (excerpted from her fabulous post on nervine differentials)

For sadness and stress accompanied by a sense of joylessness and lack of wonder. A true sunshine remedy that brightens the spirits and can alleviate mild to moderate depression. It has also proven helpful for when someone is wound up on stimulants of any kind, to bring them back to earth from a hyped up, strung out place. Likewise, it can very useful when someone is hysterical to the point of being paranoid, unreasonable and frantic. It won’t sedate them into a stoned out kind of place, merely bring them back to the present moment and solid ground. I’ve also seen it help alleviate chronic insomnia with restlessness and frequent waking. 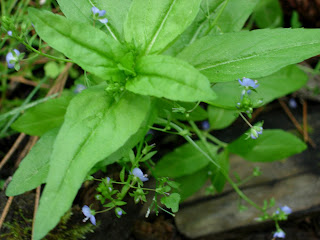 I am less familiar with American Speedwell or Veronica americana. Another figwort this has opposite leaves and blue flowers with four irregular petals and two stamens. (Most figworts have four stamens).

It's a tasty potherb and is also used as a diuretic, astringent and expectorant for unproductive coughs.


And lastly here are some beautiful morels. You can read more about our adventures on the blog my husband Xavier is overseeing at: http://fourseasonsprehistoricprojects.blogspot.com/ 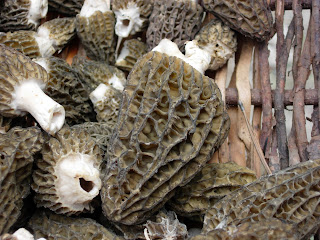