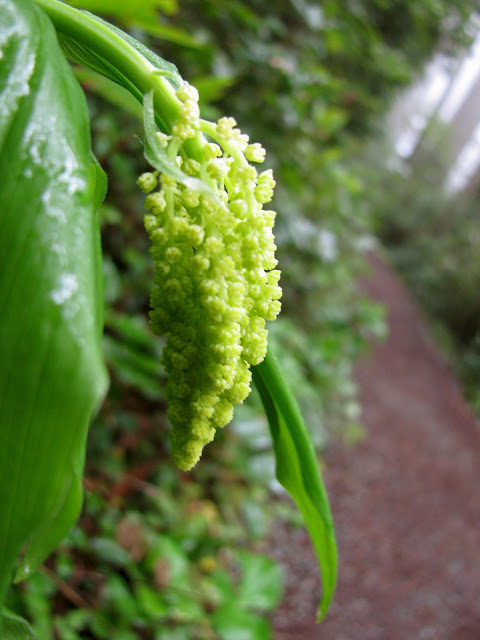 Today we are prowling through the forest floor to explore Solomon's Plume. Also commonly called False Solomon's Seal or False Lily of the Valley.

I've probably already ranted about the inequities of calling a plant false (not to mention the confusion it creates), so I won't go into this here.

And this plant has had it's share of name confusion. Its botanical name was recently changed from
Smilacina racemosa to Maianthemum racemosa. 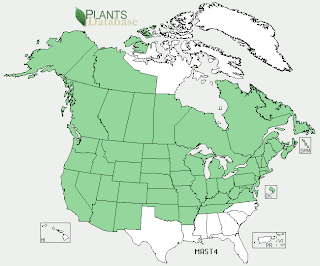 It grows in most of North America in varying abundance. 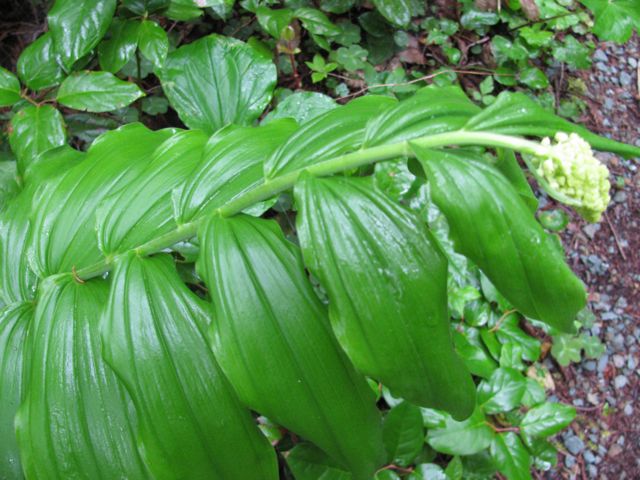 Here's a photo of it growing in a redwood forest in northern California. 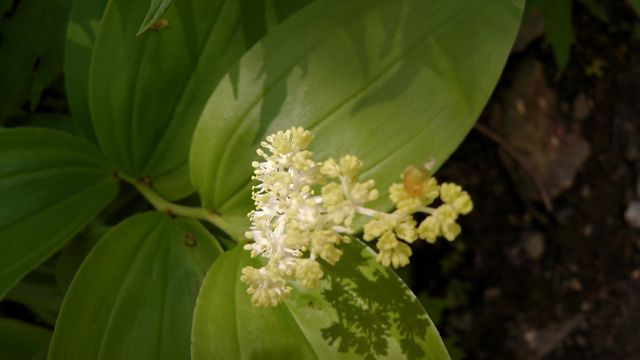 Solomon's Plume is in the lily family and when not in flower can be easily confused with similar lily plants. (We'll look at a few below.) The white cluster of flowers at the end of the stalk with their sweet scent, enables us to easily identify Solomon's Plume from the rest. 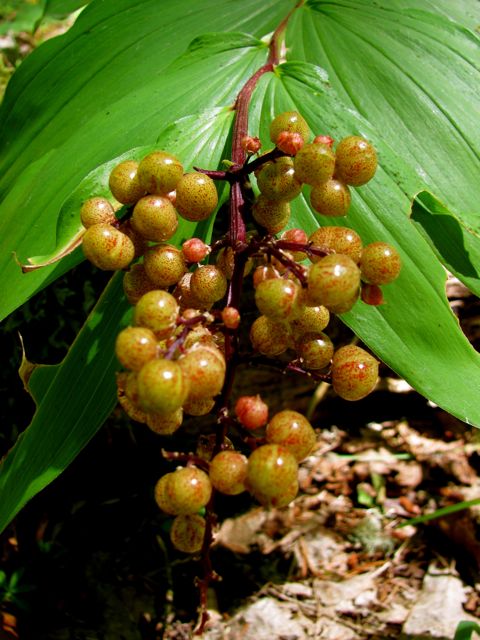 At the end of summer berries develop. At first they are speckled. 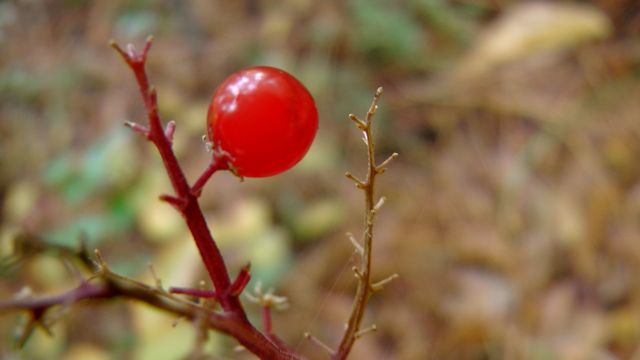 Then develop into a brilliant red color. These berries are super sweet and delicious! 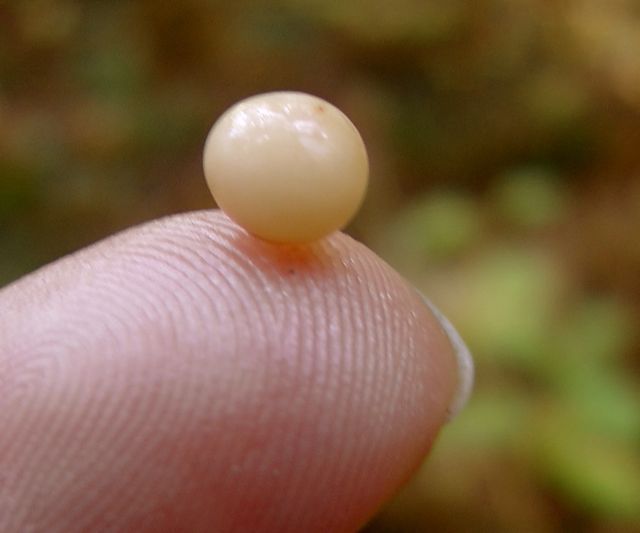 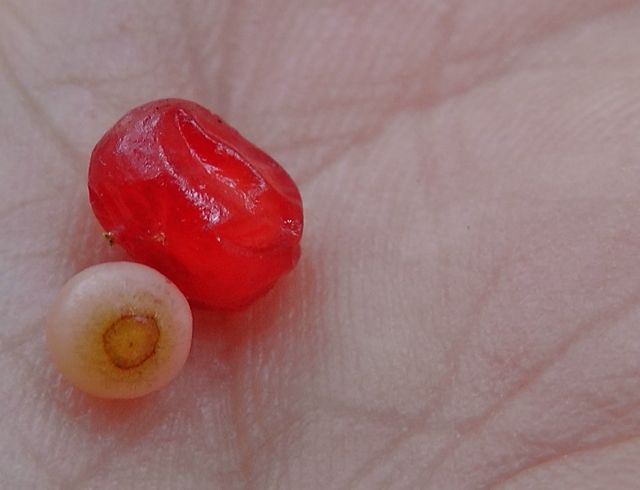 They do have a pretty large pit. 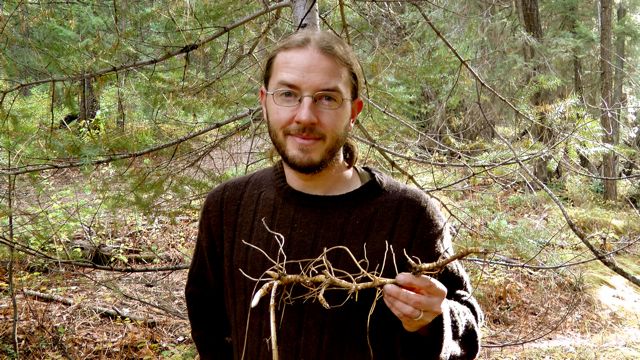 Solomon's Plume grows from a rhizome which is a horizontal stem of a plant. The rhizome has a bunch of thin little roots coming off of it.
This plant is a slow grower and could easily be over-harvested. Samuel Thayer suggests a formula to avoid over-harvest. Count the Solomon's Plume plants in an area and then multiplying that by two to find the amount of inches that can be harvested. So, if there are ten plants in an area, 20 inches of rhizomes can be harvested. 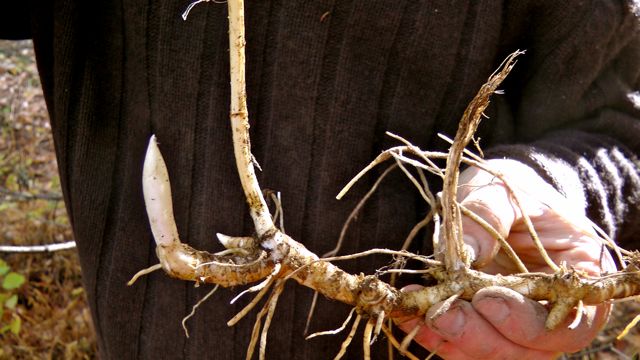 Here you can see next year's sprout on the far left, this year's growth in the middle and then last year's growth towards the right. So definitely a slow grower.

I've heard that if you harvest only a small section of a rhizome it will continue to grow in the next year. This year we harvested small sections of rhizomes and marked the plants to check on in the spring.

The green sprout was commonly eaten in the spring by various tribes. It is sweet and slightly mucilaginous. Definitely pleasant! 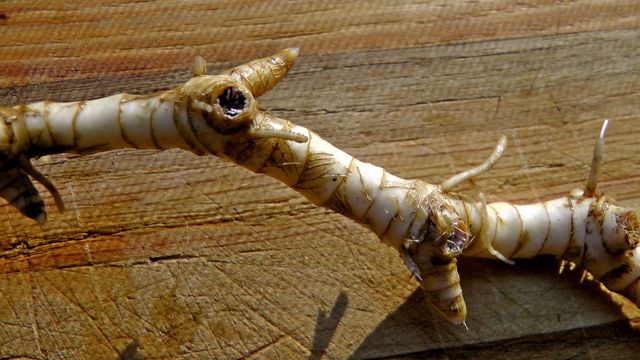 The rhizome is what is used for medicine. Samuel Thayer says it can be cooked into palatability, but we haven't experimented with Solomon's Plume in the kitchen yet. 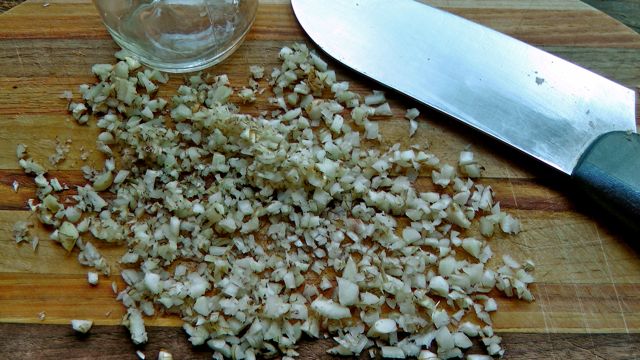 Michael Moore recommends infusing the rhizome in honey to make a cough syrup. So I chopped up this rhizome. 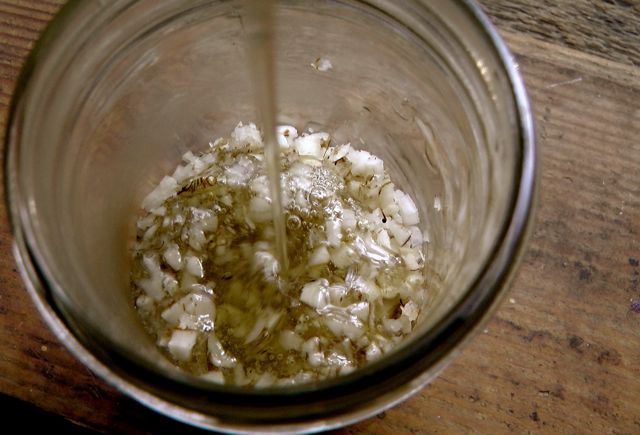 And poured some local raw honey over the minced rhizomes. 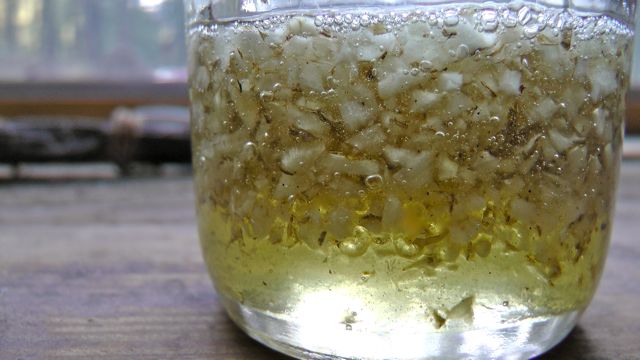 Now I just need to find someone who needs a stimulating expectorant demulcent herb for their lung woes! 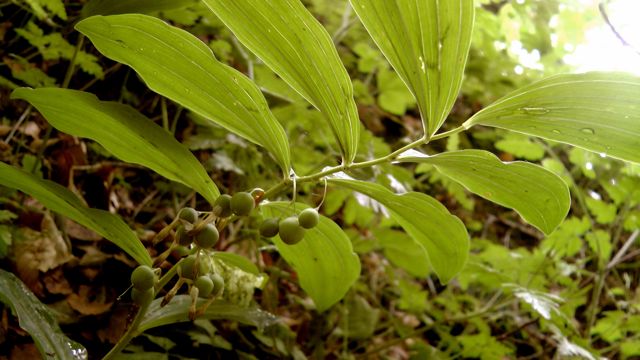 Here's a photo of Solomon's Seal (Polygonatum genus). You can see the leaves are quite similar to Solomon's Plume, but the green berries (therefore the previous flowers) are in pairs through the entire stem. This plant was growing on a volcano in central France. Xavier tells me that Solomon's Seal plant cuttings are traditionally given on May Day. 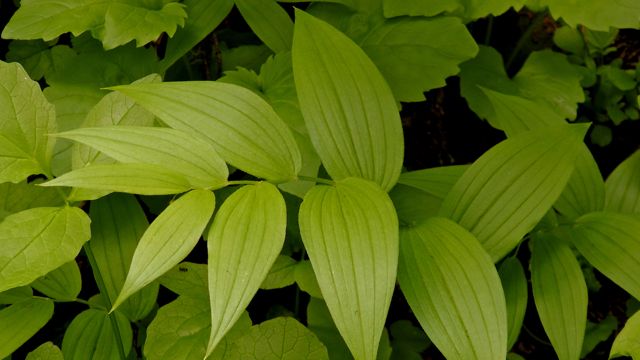 Another look alike, this lily is rosy twisted stalk
(Streptopus roseus). Can you tell this plant is in flower? 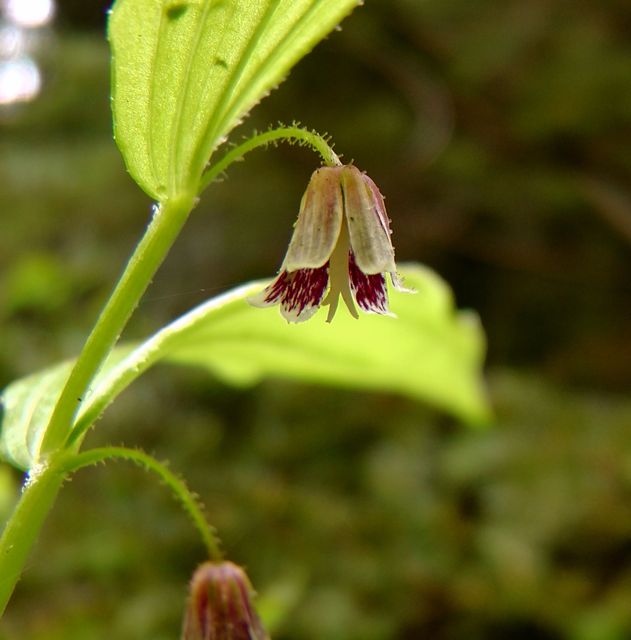 This cutie-patootie has bell shaped flowers at the leaf nodes. The flowers hang below the leaves, hiding them from all but the curious plant lovers.

Do you have Solomon's Plume growing near you? Have you used it for food or medicine? I'd love to hear about your experiences.